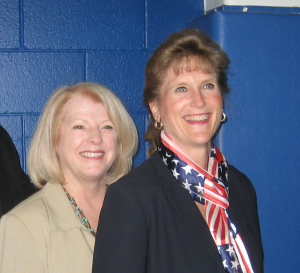 Perry has been a champion for life. Perry has fought the abortion industry, she has fought to de-fund Planned Parenthood, she has fought to prohibit taxpayer funds — YOUR money — from funding abortions. Perry is running for Weld County Commissioner at Large and she needs the support of Pro-Lifers like you and me. Perry isn’t afraid to fight for the unborn.  She’s the only candidate running who has a voting record of fighting to protect the unborn.  She’s the only candidate willing to even talk about protecting the unborn.

Perry Buck has been a stalwart supporter of life in the Colorado legislature. We have served together the past eight years I can attest to the fact that Perry Buck has always supported life legislation. Perry is part of a group of legislators who I consult and can count on for pro-life issues. 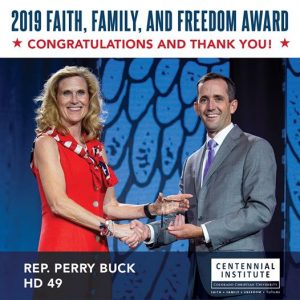 The Genesis Project of Northern Colorado is a faith-based residential home for single moms and their children. It provides a safe home environment, life-skills, parenting and financial education, faith-building opportunities and professional partners to help residents achieve their goals. Our purpose is to empower women to live in complete healing through faith in Christ, strengthen their families, and cultivate an expectation of success in life.

Perry sponsored the Protect Human Life at Conception Act that prohibits terminating the life of an unborn child except to prevent the death of a pregnant mother if the physician makes reasonable medical efforts under the circumstances to preserve both the life of the mother and the life of her unborn child.

Perry sponsored the Prohibition of Dismemberment Abortion Act that prohibits the dismemberment of a baby inside the womb to facilitate an abortion. These types of abortions are usually performed late in a mother’s pregnancy to an unborn child who has a beating heart and a functional central nervous system.