Perry Buck is a third-generation Weld County native. She learned the importance of community service from her father who served Weld County as both a county commissioner and state representative.

Perry went to Greeley West High School where she earned nine letters in track, swimming, tennis and basketball. In 1984, Perry graduated from Pepperdine University in Malibu, California with a degree in English. She did her graduate work in accounting at Ft. Lewis College in Durango, Colorado.

Perry is and has been involved in many civic organizations, including Rotary, United Way of Weld County, Weld County Partners, Senior Resource Services, Habitat for Humanity, Board of Northern Colorado Legislative Alliance, Greeley Chamber of Commerce, Progressive 15 and the Weld County Republican Party. She attends Resurrection Fellowship Church.

In 1999, Perry was appointed by Governor Owens as the Northeast Business Development Representative for the Colorado Office of Economic Development. She helped facilitate economic development in the rural communities from Jackson and Grand County in the West to Phillip, Sedgwick County in the Northeast down to Cheyenne, Lincoln, and Elbert County.

Perry served four years as Secretary for the State GOP and then four years as the Vice-Chair of the State Republican Party. Before that she was the Weld County GOP Chair. She also served as President of the Colorado Federation of Republican Women from 2012 to 2014.

In 2010 Perry was re-elected in Weld County for County Council at-Large.

Representative Perry Buck was an insurance agent with New York Life until she suspended her insurance business to run for office. For four years Perry was the president and CEO of Northern Colorado Event Planning, LLC..

In November of 2012, Perry was elected Representative for House District 49. She currently is serving her fourth and last term.

Perry lives in Windsor, Colorado and enjoys gardening, sports and reading and fighting for Republican principles. 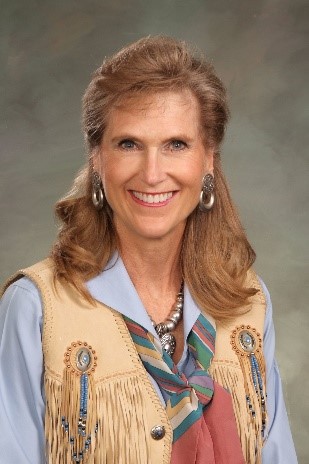